Many talented student-athletes competed at the highest of levels for Louisburg College Athletics this Fall. Here you will find a brief recap for each program.

The Hurricanes began the season with three consecutive wins, holding each of their opponents to six points. A heartbreaking loss against the Apprentice School closed out the schedule.

“The last game was a tough loss for the players and coaches, but it didn’t put a damper on the entire season,” said coach Quinderra Spellman.

The Hurricanes finished with an overall record of 5-3. 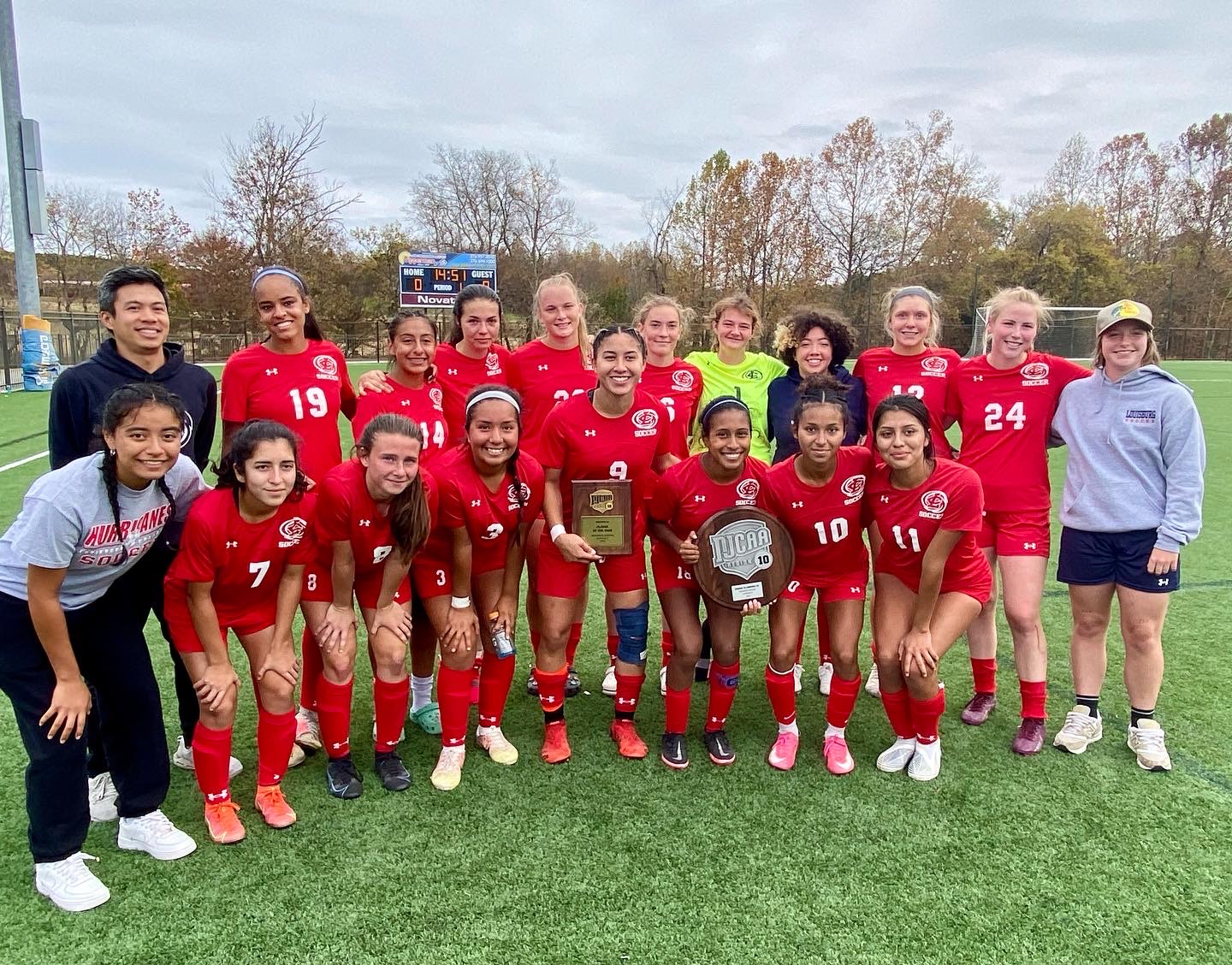 Louisburg College Women's Soccer concluded the Fall 2022 season as NJCAA Region 10 Tournament Runner Up. The season was full of milestones and record-breaking achievements for the program.

"This was an incredible season for the team," said coach Chris Fresco, "everybody put all of their energy into it and I'm so proud of what we accomplished together this year."

Despite an overall record of 3-4-2, the Men’s Soccer team proved itself well in conference play finishing 3-1-2 and earned a berth in the NJCAA Region 10 Tournament semifinals.

"We had quite a bit of confidence going into the playoffs following our final regular season match," said coach Matthew Mozynski. "I'm really proud of the resiliency they showed all season."

The Women’s Volleyball team competed hard this season and came up short a few times. The team finished with an overall record of 11-15.

"Even though the season didn't go quite like we'd hoped, the team demonstrated a fighting spirit throughout," said coach Daniel Schulte.

While injuries made for an arduous season, the Men's Cross Country team competed valiantly and had some big time performances from all, particularly, team captain Tiwan Woodard.
"I thought it was a very solid debut season for our freshmen," said coach Chandler Caldwell. "They showed a lot of promise early in the season, considering many were competing on 8K courses for the first time."
For more information on Louisburg College Athletics visit here.